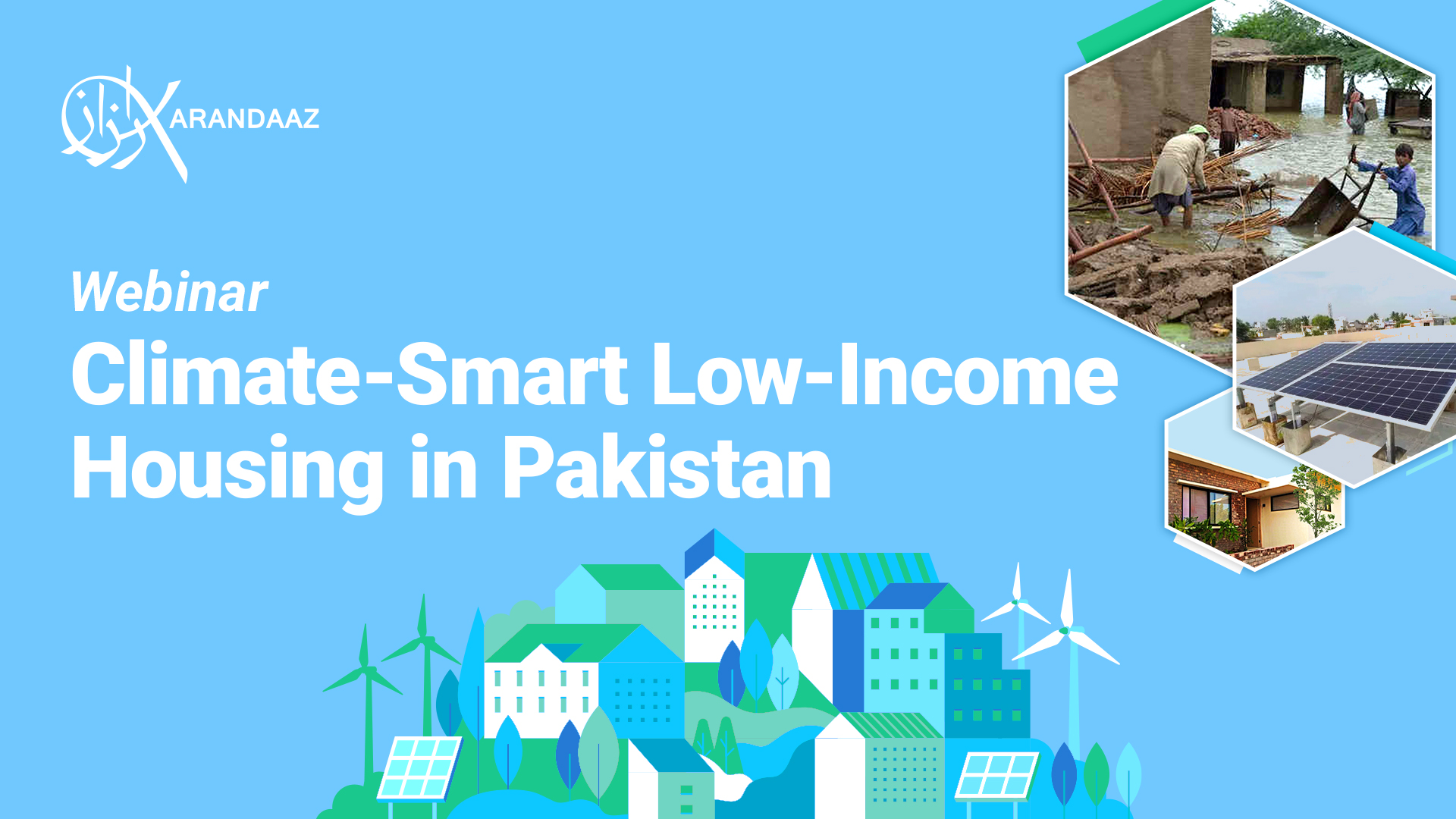 LAHORE-Karandaaz Pakistan held a webinar to launch its latest study on the potential of climate-smart, low-income housing in Pakistan.

Industry leaders and stakeholders came together to deliberate on the housing needs in Pakistan and the impact green initiatives can have in meeting the needs of populations especially vulnerable to the impact of climate change. Between 2000 and 2019, Pakistan was found to rank eighth amongst the top ten countries most vulnerable to the negative impacts of climate change. This vulnerability became starkly evident earlier this year, as one-third of the country was flooded as a result of unprecedented rainfall and glacier melt. As estimated by Karandaaz, over 33 million people were displaced, and one-seventh lost their homes due to the floods of 2022. With an ever-increasing frequency of severe climate-related events, depleting energy resources, and a population growth rate that far outpaces the provision of housing, this webinar was arranged as a platform to bring together a wide set of stakeholders, including architects, urban planners, financiers and funding providers, etc. to discuss Pakistan’s housing needs.